We would love to connect with you...

Join us at 6:30 TONIGHT with special guest speaker Steve Risner 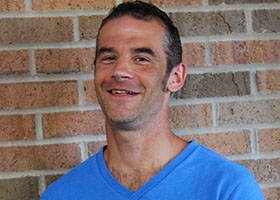 "Creation : Evolution" Are these two ideas are in conflict with one another, or can they be used in harmony?

Steve Risner hails from a small town in northwest Ohio known as Sycamore—he grew up five miles outside of town, but his mail read “Sycamore, OH” on it. He was raised in an Assembly of God church his entire life (although he dabbled with Foursquare a bit here and there). He currently leads worship and the men’s group at New Beginnings Assembly of God where he also has been an adult leader in the youth group for nearly 10 years. Steve has participated in youth ministry and college groups since graduating from high school. He has a heart for our youth and sees a major connection between the fatherlessness of our nation and many of the problems our youth are facing.

Steve has been a practicing chiropractor for over a decade. He first practiced in Seattle, WA and then returned home in 2004 to open his own practice where he and his wife, Michelle, work together. The Risner Spinal Center in Findlay, Ohio opened in 2005. His education in biology and, more particularly, anatomy and physiology have inspired him to study the science of evolution and creation. He’s been involved in the creation/evolution debate since 1993 when he first attended a seminar on the subject. He was 15 at the time and hasn’t looked back since.

Steve enjoys music of all kinds and various outdoor activities but his true love—where he finds real enjoyment—is in the lives of his children. He and his wife Michelle have 4 boys and one beautiful baby girl.

Sunday Morning Experiences
Blended at 8:30 AM
Modern at 10:00 AM